The toys that bind us 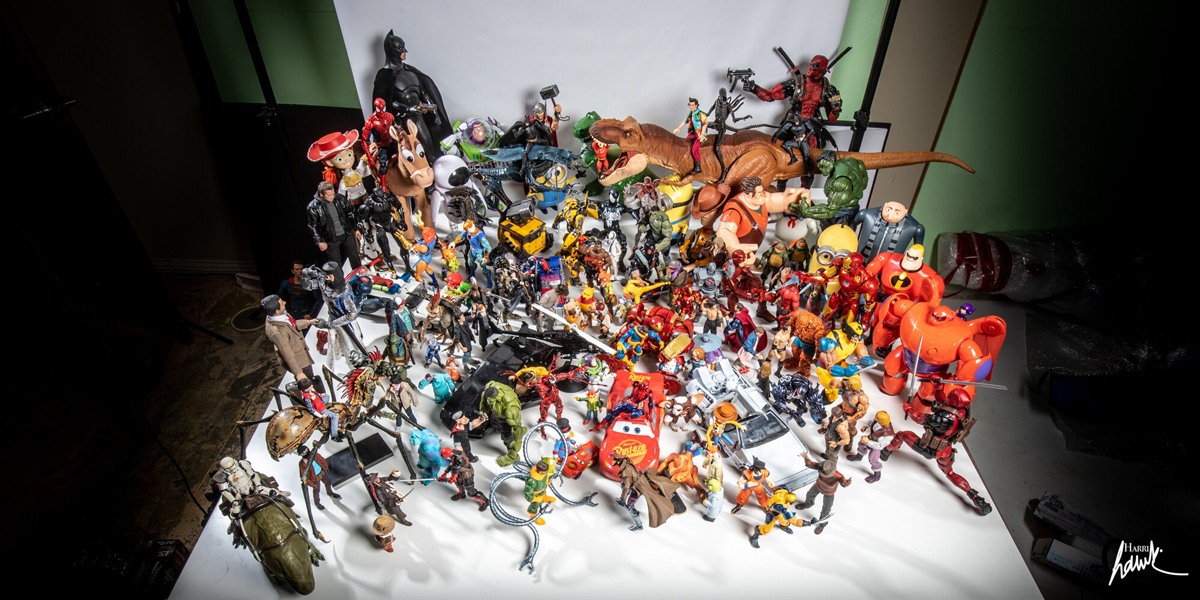 This hobby of toy photography is a fascinating thing — a large group of people around the world taking pictures of small, lifeless objects. I have mentioned in a previous post (click here to read) that it has forged unlikely friendships from all walks of life and corners of the globe.

To the outsider, this is a really unusual activity, and I still find it challenging to get my head around - that a piece of molded plastic or metal can hold such a fascination for us.

Yet that is just it, it's fascinating, right? Something insignificant in the grand scheme of things is a beloved possession loved by people of all ages. What is it about toys that give us so much joy? I asked a couple toy photographers that question, and the general response has a common thread: bringing toys to life, providing an artist expression of one's imagination.

Mitch (@mitchelwuphotography) had this to say: "Using toys as my subjects allow me to create stories and images around characters I have a strong affinity for, while at the same time allowing me to push myself both creatively and technically (and I get to play with toys as an adult and not look too crazy!)"
I couldn't agree more, I like the strong affinity I have to characters to remind me of my younger years, and I definitely use it to push my self creatively and technically.

Steffen (@sgink_labs) says its a way to use the lens of my camera as a reverse prism for my childhood (toy) memories, and I think for a lot of us it is. My youth was filled with Thundercats and He-Man, Airwolf, and Knight Rider. I can still practically recite the whole of the Labyrinth and laugh every time I hear Bill Murray say, "Mother PUS bucket!" When he sees Mr. Stay Puff approaching the ghostbusting Ghostbusters. Being able to have a physical toy that I can link back to these and other classics (and in my opinion, the '80s and '90s were the classics of pop culture) is a way of revisiting the times in our youth when the stresses and strains of modern day life weren't of any importance. What was more important than making sure you were in front of the TV to hear the opening line:

In 1972, a crack commando unit was sent to prison by a military court for a crime they didn't commit… I bet a lot of you can hum the tune from here!

For others, it's their escape, their way of diving into the depths of their imagination. There is a certain magic in it for me, the art of bringing toys to life is an expression of my imagination (@jish_toy), a way of bringing toys alive to tell the story behind art (@fachro).

Rob Whitehead (@shundeez_offical) who is a fellow South African and mate from varsity days summed it up perfectly, for him it's about bringing imagination to life. For me, it's precisely that, hence my tag #gibbosimaginationstation. To take well know characters from movies, cartoons, comics, etc. and mash them up or put them in unusual situations and locations is what I love to do. In what world can Lion-O and Black Panther "hiss" at each other or Eleven give Harry Potter a hand to fly on his broom? Where Woody can time travel in a Delorean and Pooh Bear blaze a bong with Ted and other bears? It's about finding the funny and having fun doing it that is the attraction to me. Where the world of realism doesn't apply.

Sunny (@zekezachzoom) has the same sentiment. To be able to create fun and unexpected images and make someone's day when they see them and have a good chuckle. It almost becomes an addiction, a good addiction. Taking a picture and creating something from an idea in my head is very satisfying and inspires me to do it again (and again). It's like a drug. (@ryandeantoyphotography)

I recently read Adam's (@burkeheadtoys) brilliantly written articles on the "Why and How" of toy photography (here's his articles). Here is a section of one of the pieces that confirms what I am trying to convey:

For me, the good times are found in the effort spent materializing something that only exists as an idea in my head. It's conquering the challenges of "How do I make this Jedi levitate this rock" or that feeling of sweet success when you've been trying to pose/balance a figure for 15 minutes, and it finally stays! It's the time you spend focusing your mind on experimenting with the composition of a shot, and tuning out the world outside of the one you're creating, if only for a little while. And there's the sense of satisfaction you get being able to express to others something that you thought of.

And of course, there are toys! So there is no rules right (for me anyway)? When there are no rules, you're only limited by your own imagination. I enjoy the creativity I'm afforded when taking pictures of toys, and I'm continually thinking of photo mashups/crossovers and toys interacting in the real world. These are a few of my favorite things: Deadpool taking on a Sharknado; The Star Wars Universe's most notorious bounty hunters finally finding that elusive Waldo; or Lock, Shock and Barrel trick-r-treating at my door.

So in the spirit of all things toys, I would like to propose a challenge to each and everyone reading this article. Take a group shot of your toys, all of them or a select few and write one sentence that explains what it is that makes taking pictures of our plastic friends so satisfying.

My dear friend Lorraine (@storymytoy) has created a #cmff_BringToysAlive. (CMFF is her series called challenge me for fun). The plan is to have this tag active for July, and at the end, depending on how many people take part, I would like to do a follow-up post with all the pix and quotes to see what it means to each of us.

I think this will be a great way to remind us why we are all in this crazy, awesome, fun, unique community of like-minded people. Because of a little plastic addition called "the toy!"