The "Toying with Bright Ideas" series - Playing with fire!! 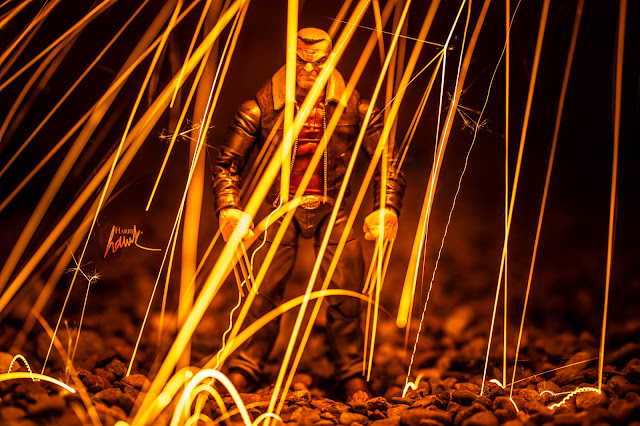 So many of you know me as the photographer who likes to composite toys into my shots. There have been a few times I have used practical effects but I have mainly done the creative process in post. But in today's post, I am doing everything practical, and it's pretty neat!
I'M PLAYING WITH FIRE!! LITERALLY...
So a while back, my good friends Rob and Jonas did a video about using steel wool to create spark effects. Here is the link to that video below:

And I wanted to give it a go and see how it would work with toy photography. Now a lot of you use practical effects in your photos, firecrackers and fireworks, sparklers, etc but I haven't seen anyone use iron wool. So I did a few tests... 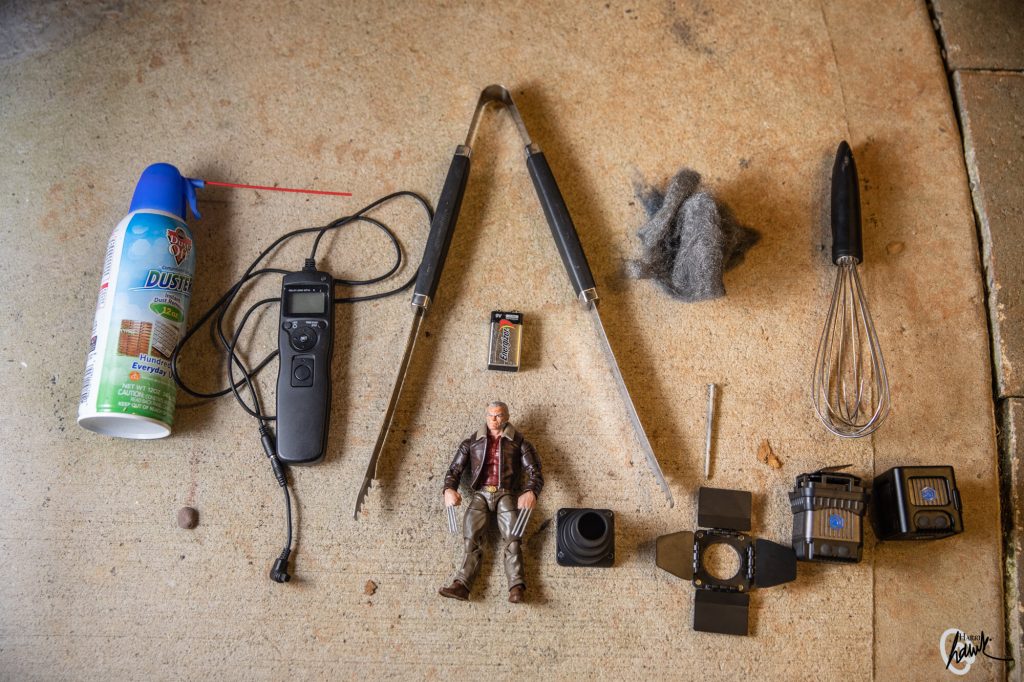 So what I used is:


Now before I go any further, just a word of caution. This is a pretty dangerous technique, you are literally playing with fire. Sparks can go off in any direction and ignite something. We are all adults here (well kids at heart) so take care...


So how this process works (the science behind why the wool ignites) is not my field of expertise, but Rob explains it pretty well in the video above. So to get started, I positioned Logan on a gravel path, 1 because it looked cool and 2 because there was nothing that could catch on fire in the rocks. 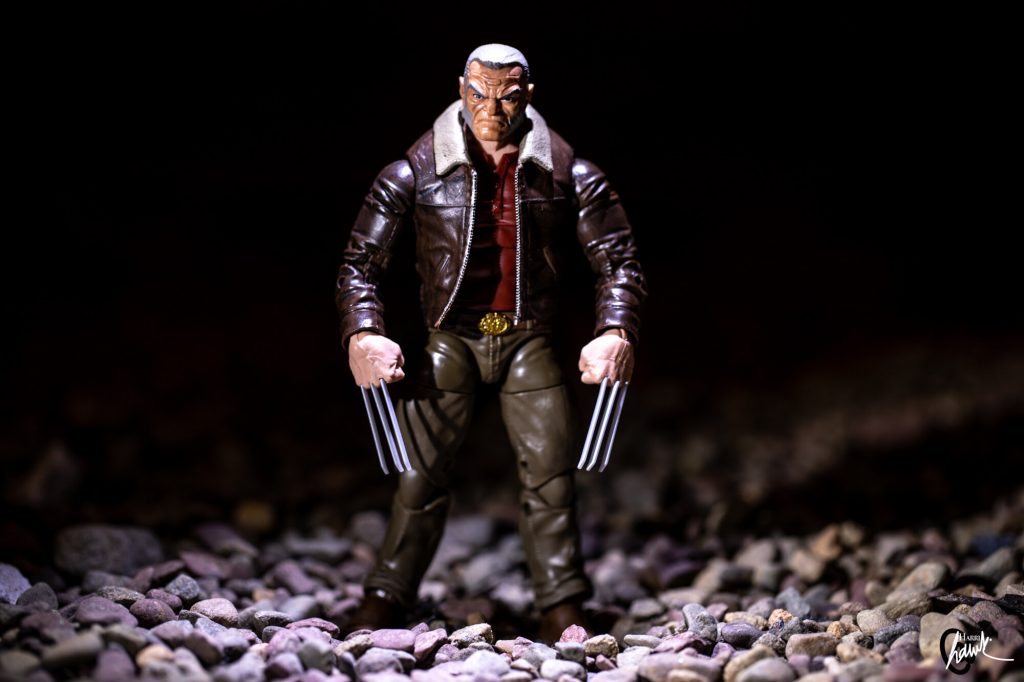 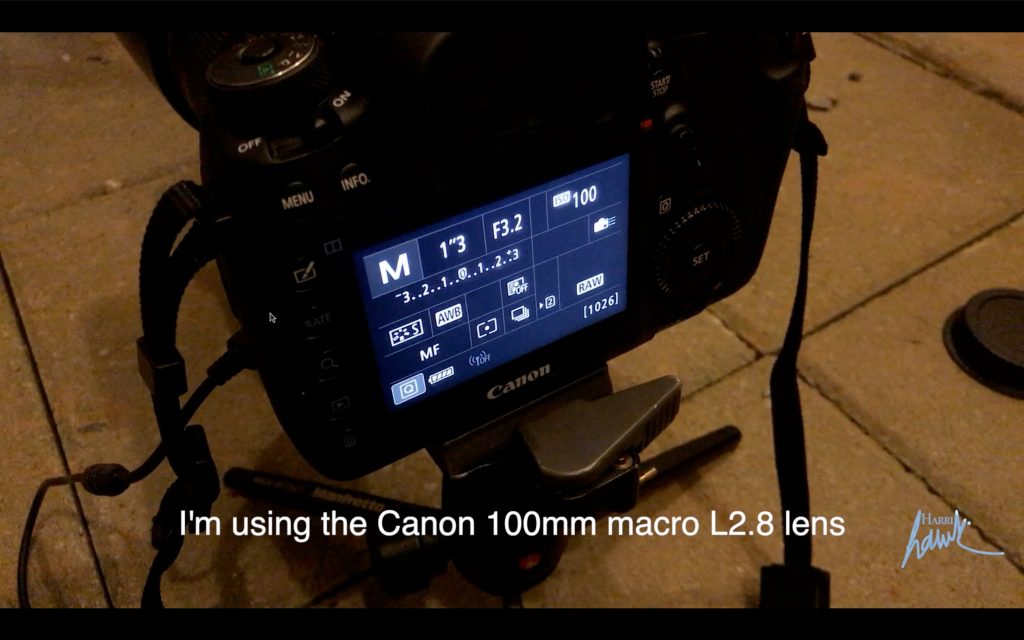 I pinned the first piece of steel wool to the nail about a foot behind Logan. My camera settings for this shoot were as follows:
F3.2 (shooting in the dark, you want a big aperture)
Shutter speed: 1.3 seconds (enough time as to capture all the sparks flying)
ISO: 100


Now for the fun part. I started shooting the shot with the remote trigger and lit the iron wool but touching the battery to it.(at the end of the post is the video of my experiment). Once it had started to burn, I sprayed the condensed air from the back of the wool to allow the sparks to fly around and passed Logan. 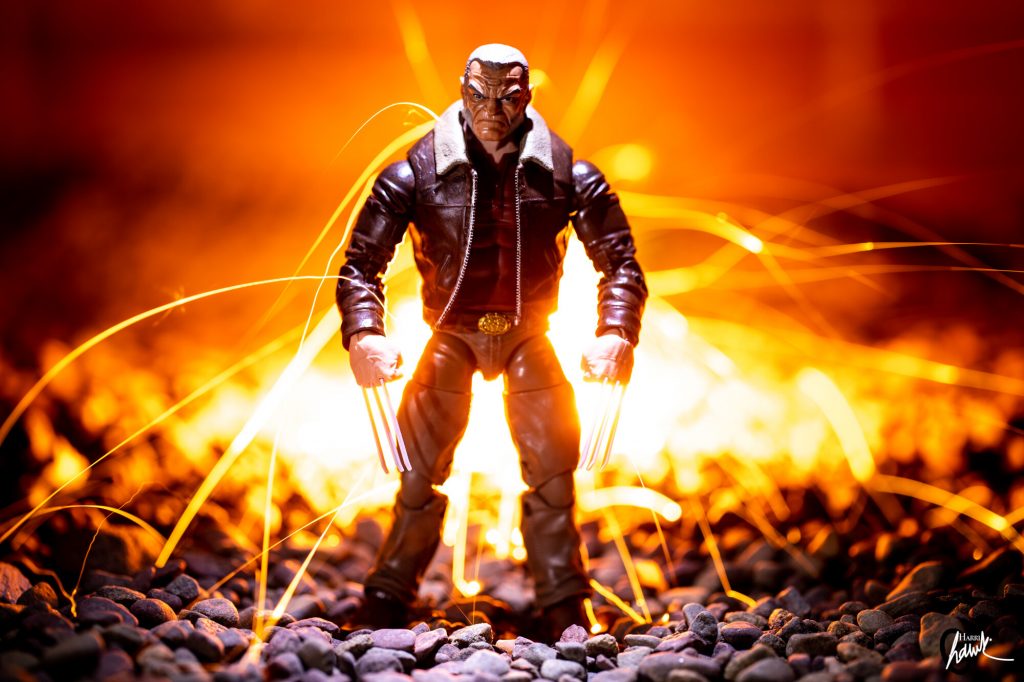 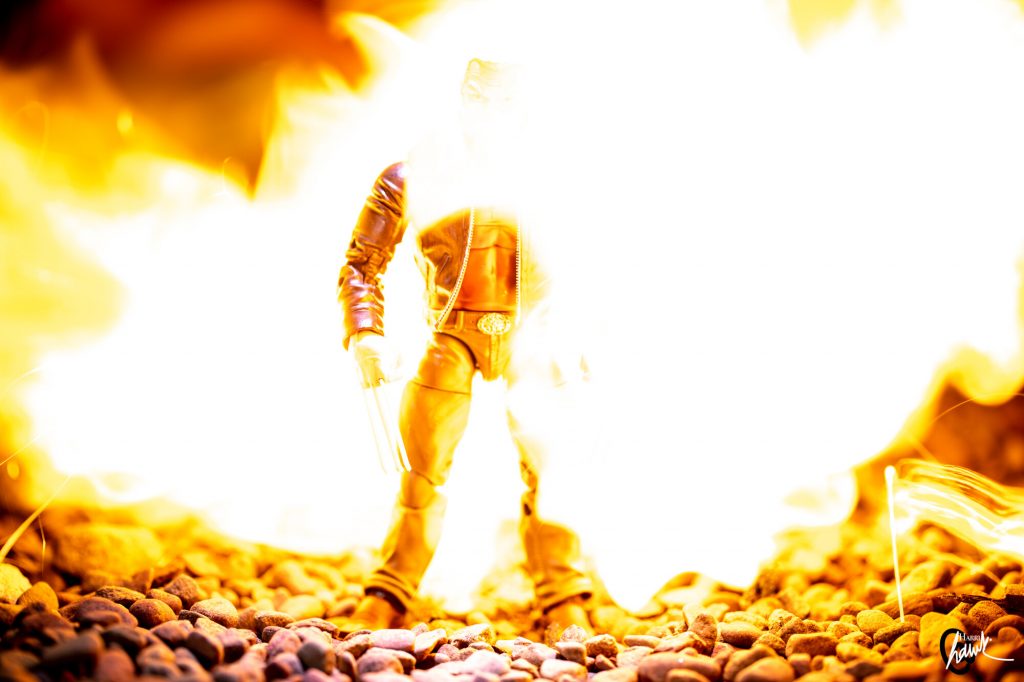 So what I found here is that the iron wool lit the background up too much, reducing the effect of the sparks flying. Also, in some cases, blowing the compressed air directly onto the wool caused a fireball or flame thrower effect as seen above right. Luckily, Adamantium is indestructible.  So this didn't have the effect I was looking for.


Using the grilling tongs, I held the iron wool above Logan and blew compressed air onto it. This was a much better test then the 1st one. The sparks were very condensed and directional. It was a really nice result, but because I was clamping down on the wool with the tongs, it condensed the ball of iron so the sparks didn't spread out too far. Just like the 1st test, there were some "flame thrower" moments. However, these results were a lot better than the nailed downed shots. 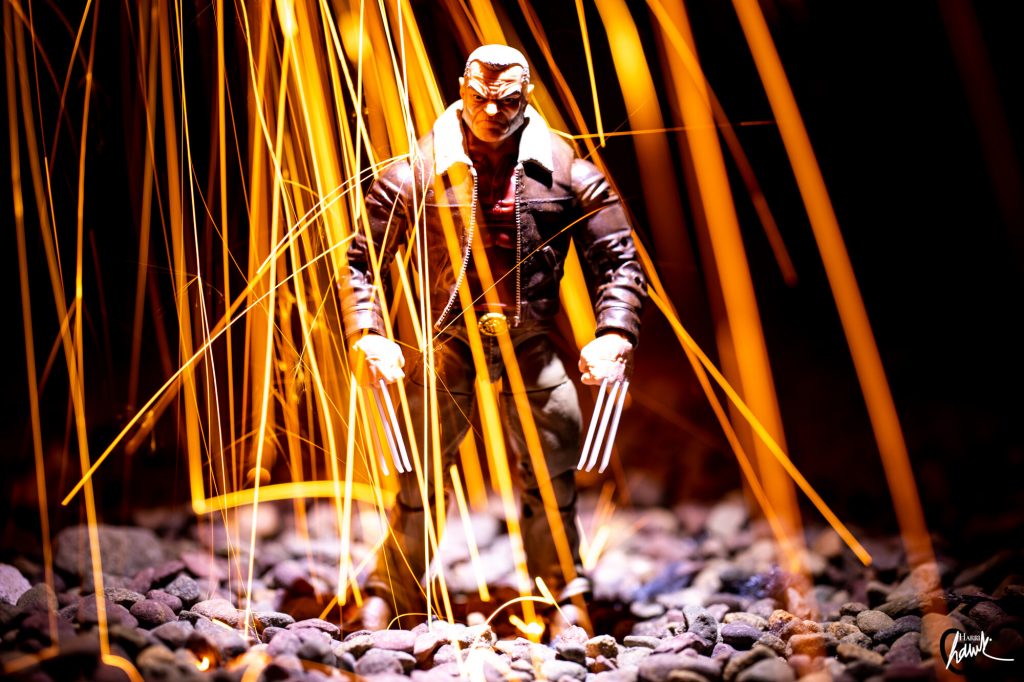 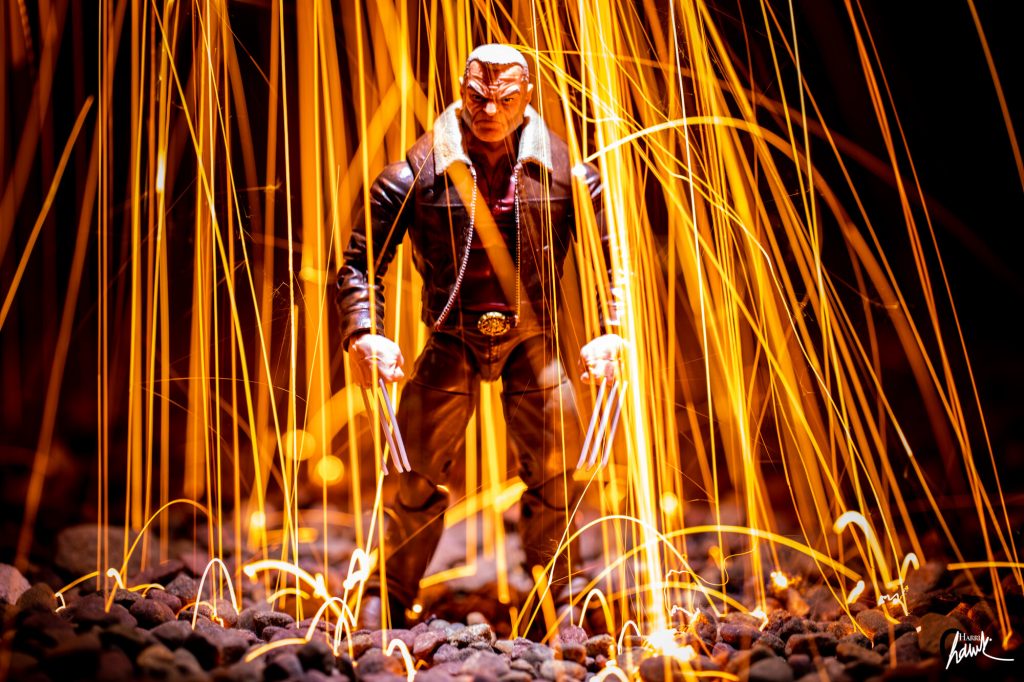 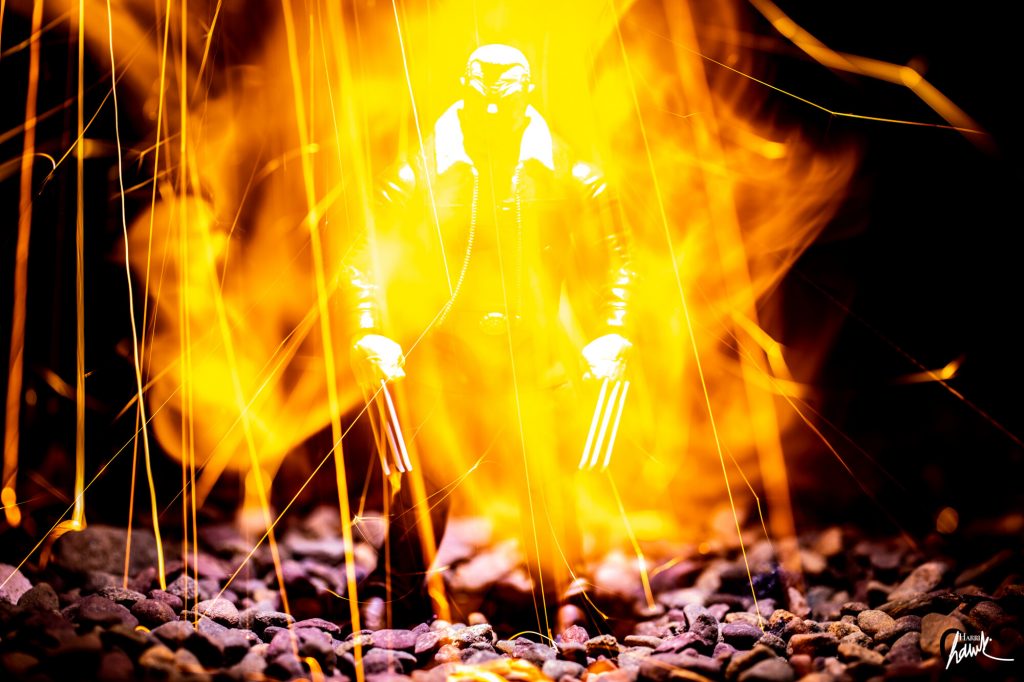 I turned off the Lume Cubes for these shots to allow the sparks to illuminate the scene. I personally think the ambient light of the sparks is a much better-looking shot. 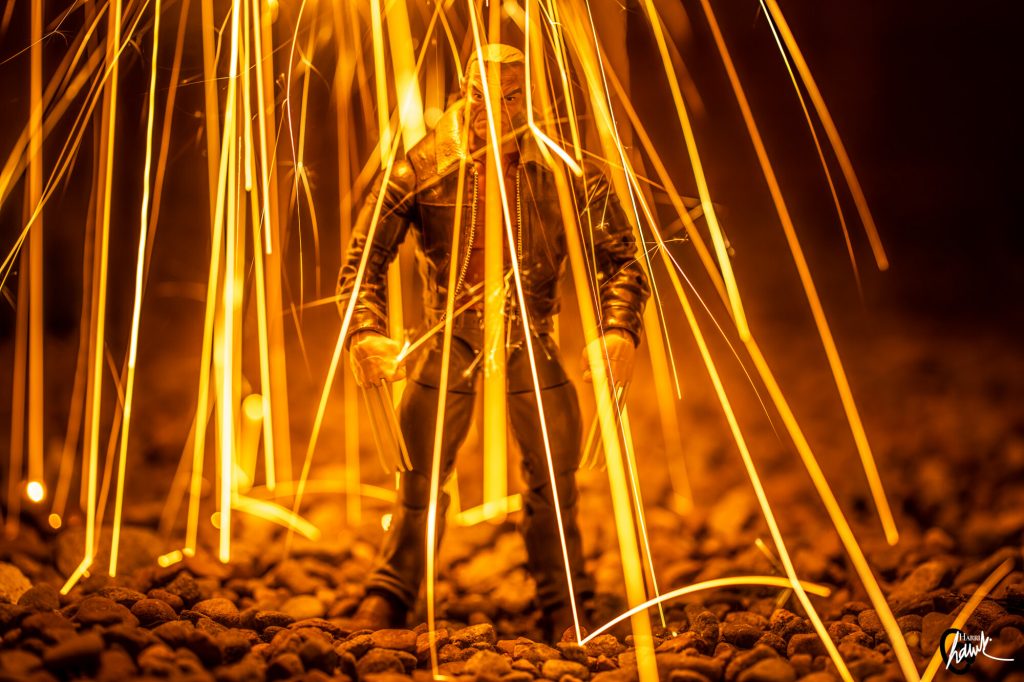 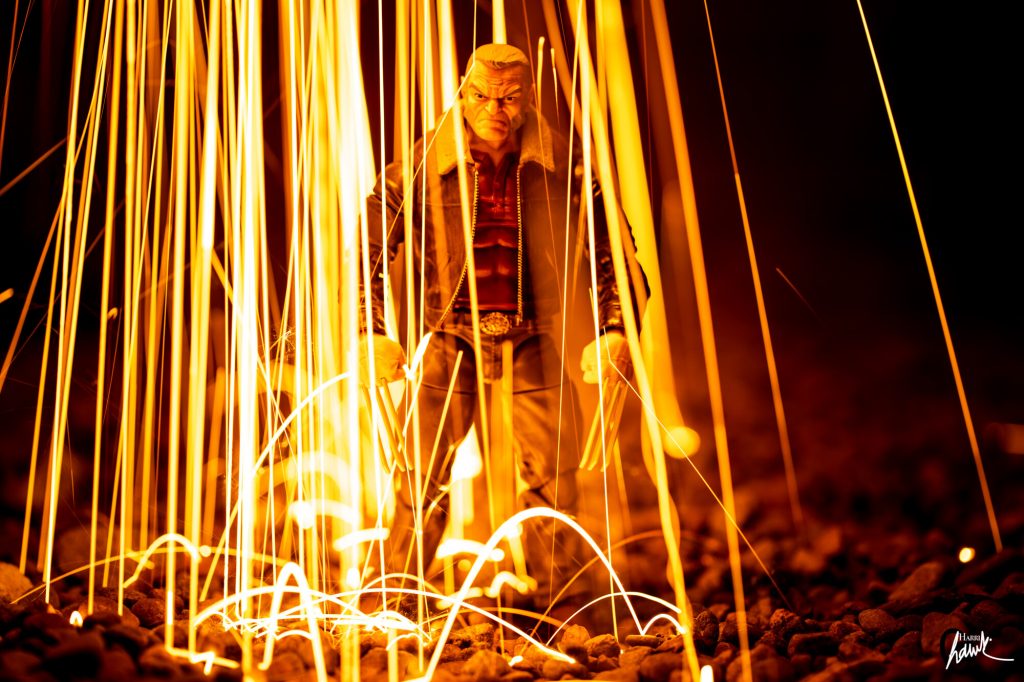 In the final test, I put the iron wool in an egg whisk and shook and spin it around. I didn't use the compressed air to blow on it. This actually gave a greater spread of sparks across the scene. Because there wasn't a strong blast of air this time, there were some really cool and interesting sparks and flares that happened. Some trails even bounced off Logan which looked pretty rad. 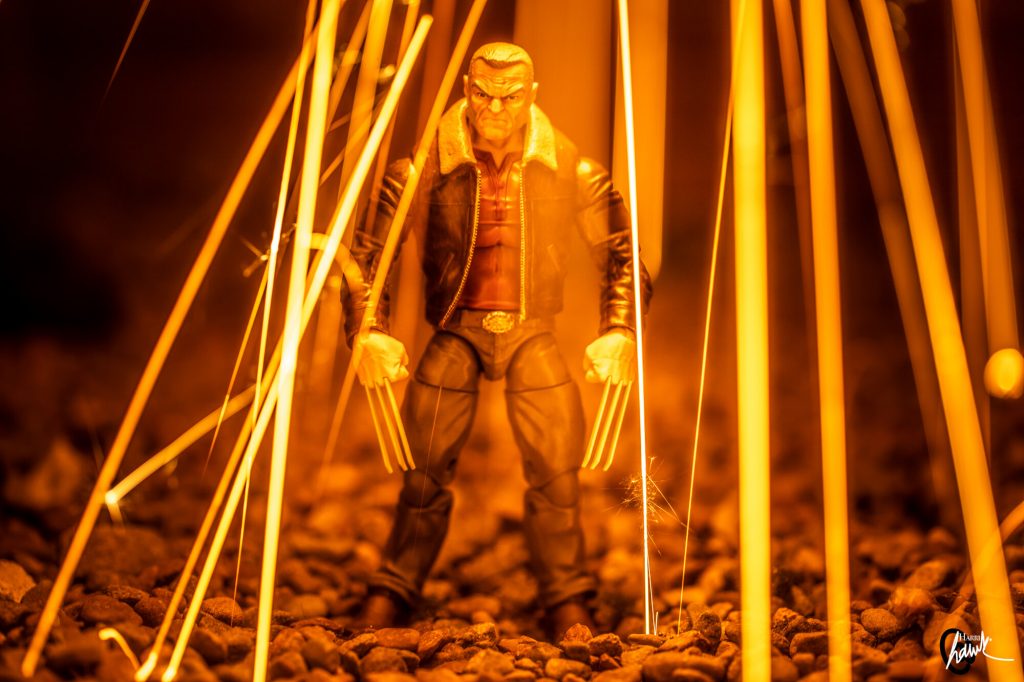 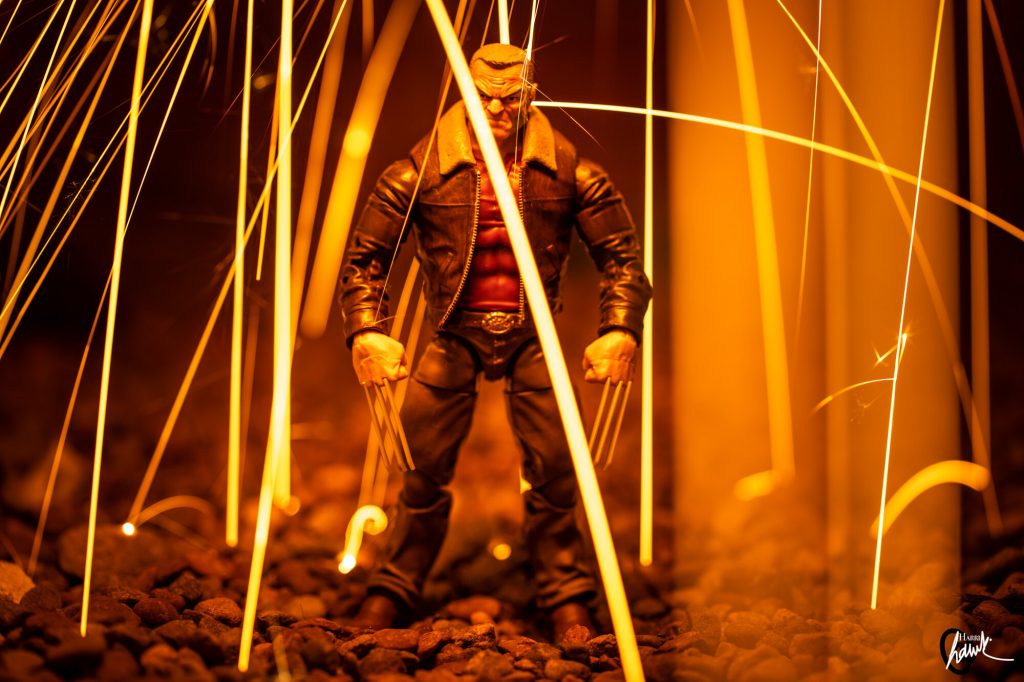 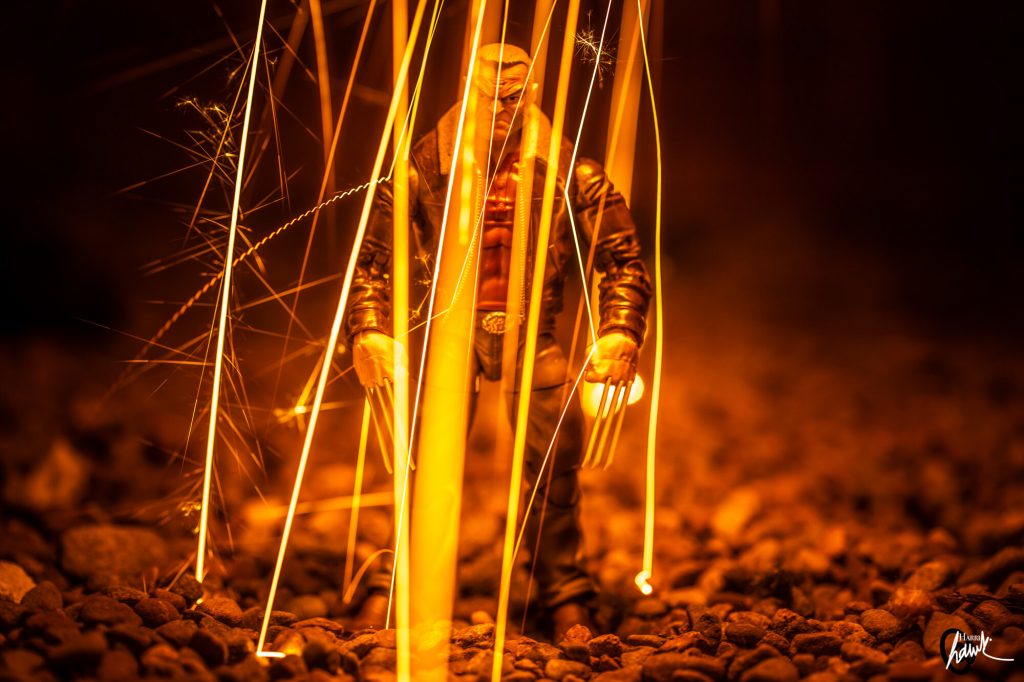 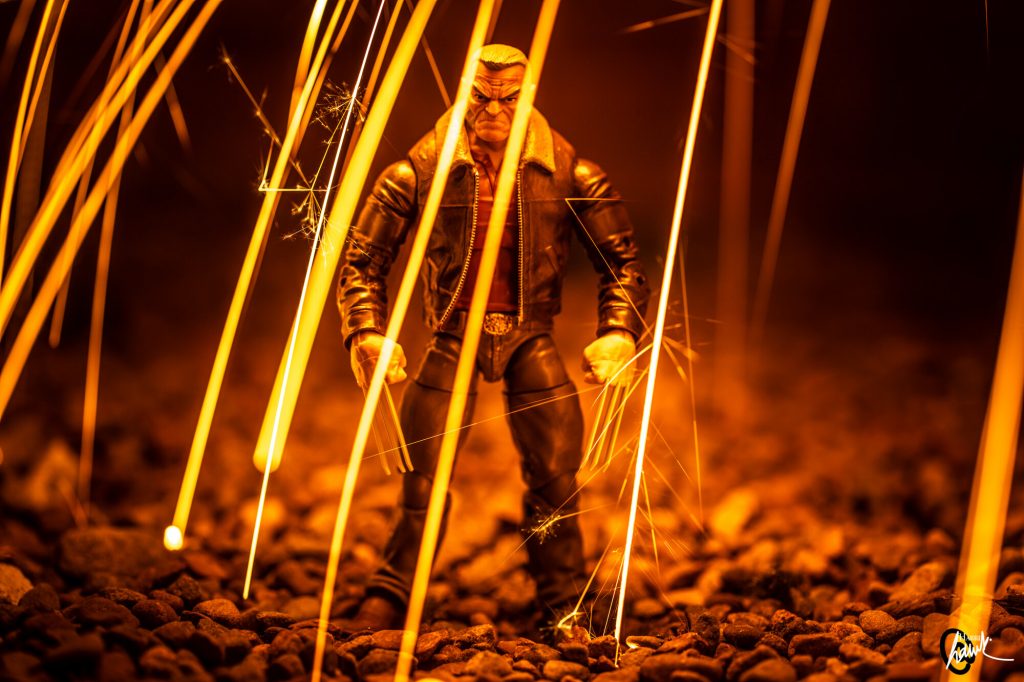 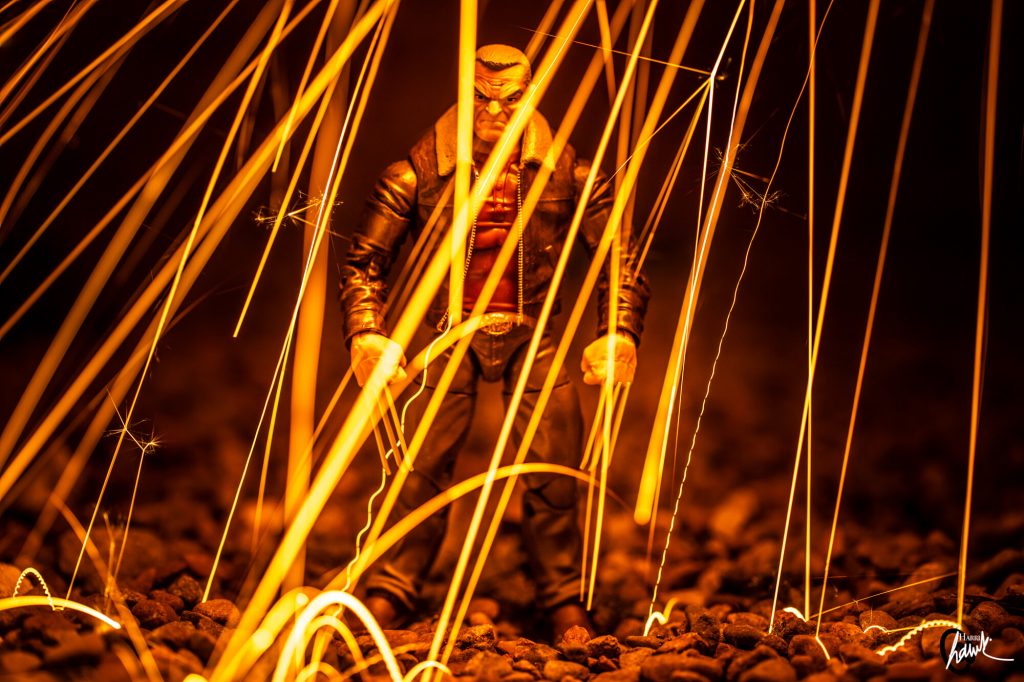 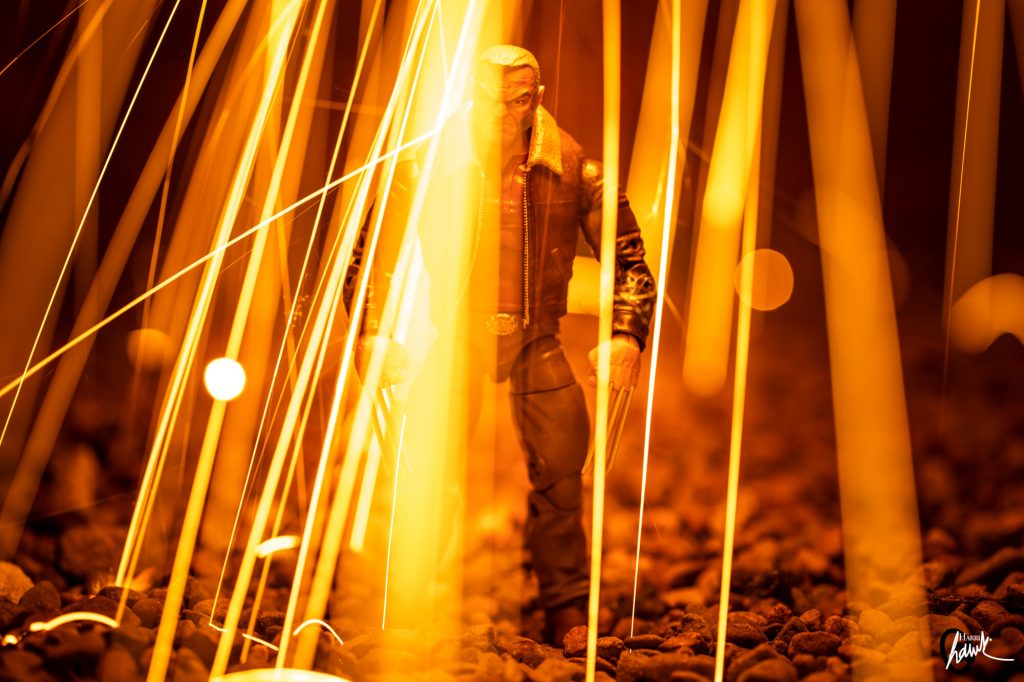 I also tried spinning the egg whisk around Logan to create a halo effect. 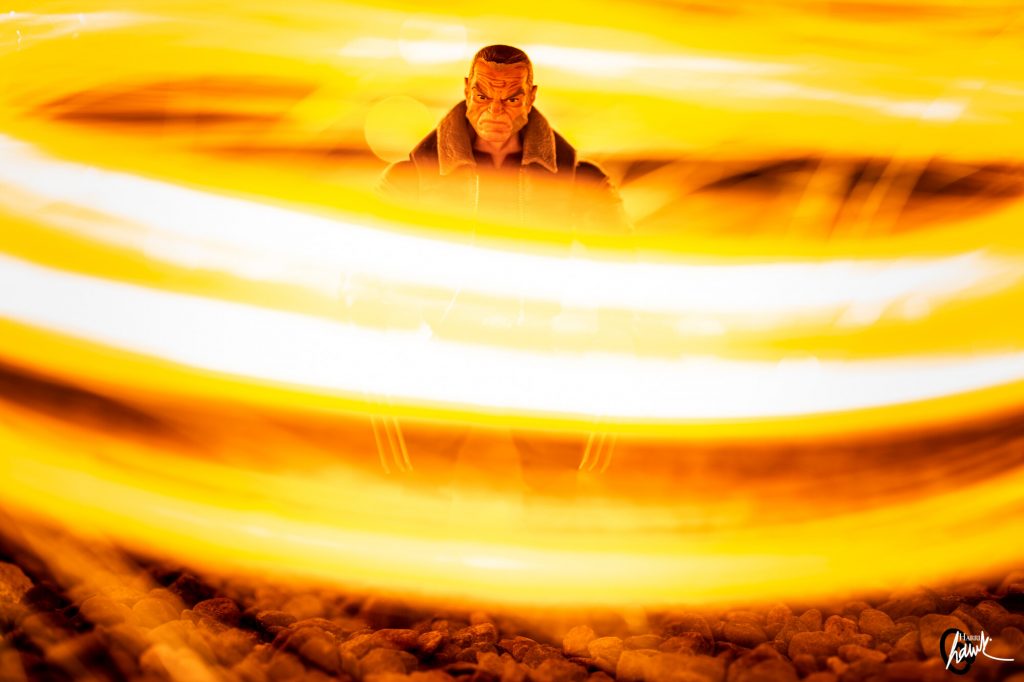 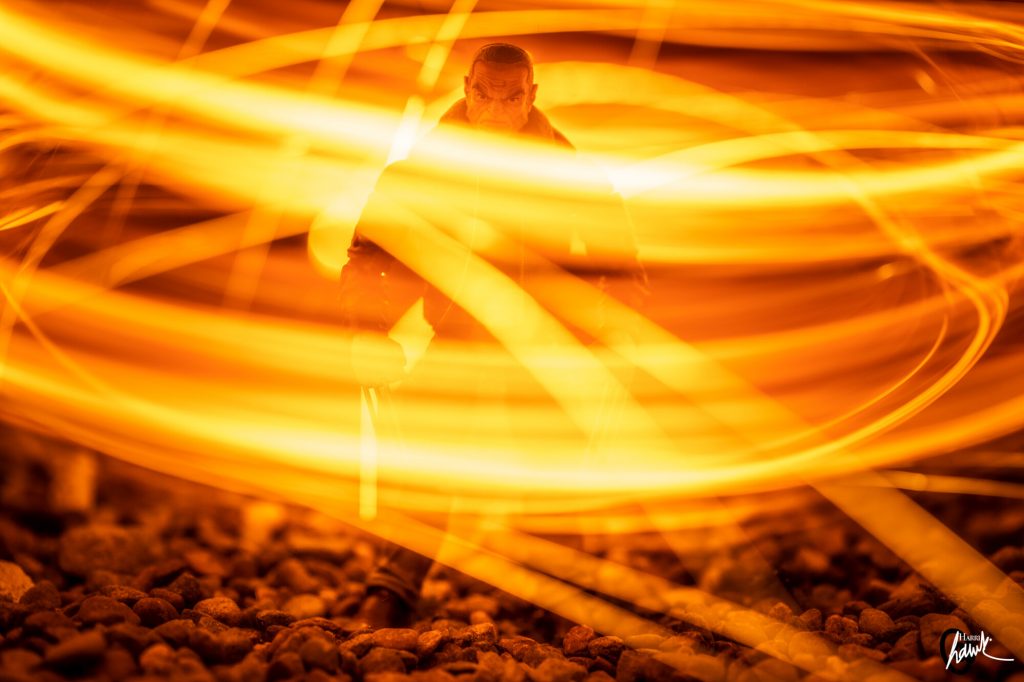 So in conclusion, it's a pretty cool unique technique. It is a very specific look that you achieve and doesn't lend itself to many different setups and scenarios, but it does give a very unique look to the final shots.


Here is the video of my "Playing with fire" experiment... Enjoy