So over the last little while, I have been watching a lot of Teletubbies, I find it rather relaxing… No, actually my youngest has become addicted. Now whether you have kids or not, you are all familiar with Teletubbies.

So after watching a few episodes, I noticed something had changed in the newer episodes. The lighting had had a serious upgrade. 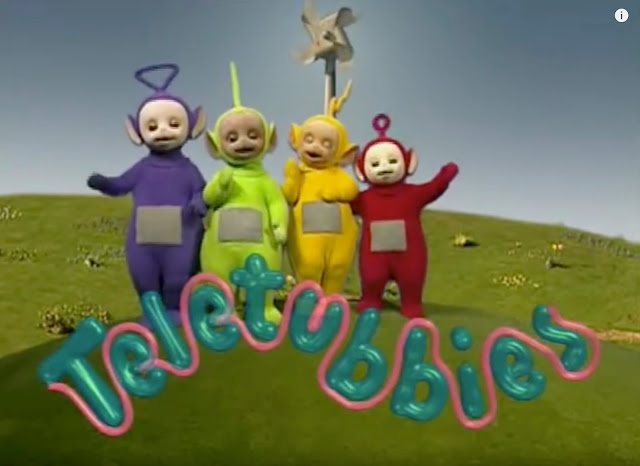 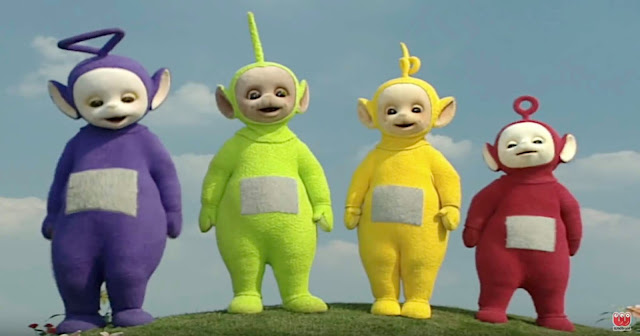 So in the past, I hadn’t noticed the lighting in particular (you probably wondering how much have you been watching… I ask myself the same question). The scenes were generally outdoors with the sun either shining straight onto or from the side of the characters. Using the sun as the main light source in the early to mid morning or mid to late afternoon gave a softer, less direct light, but you do have uneven light and shadows being cast across the faces.

But now, they have revamped the lighting to a level that I can only describe as illuminating. 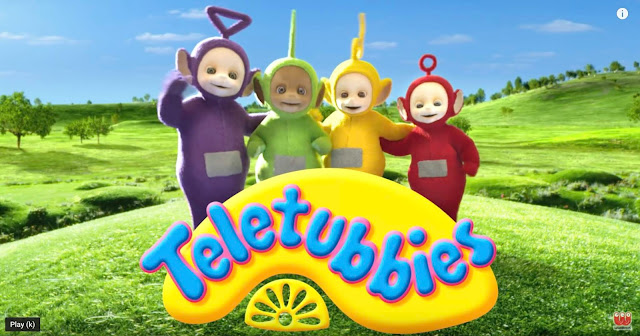 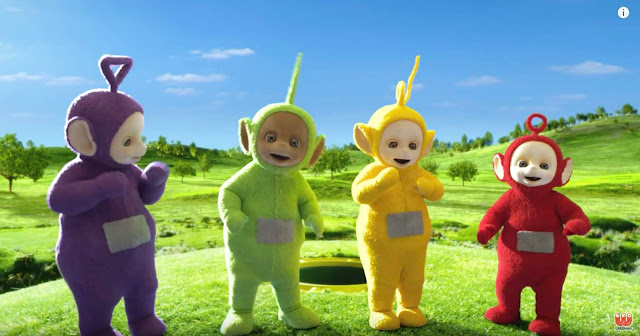 The colors are a lot brighter and vibrant and the overall shot looks a lot more polished. Comparing the 4 above shots, you’ll notice that they are still using the sun as the main light source, but they are now backlighting the characters and are reflecting or bouncing light back into the shot. What you now get is a really nice rim light (around the left edge of the Tubbies), no uneven lighting or shadows and a soft even fill/bounce light enhancing the scene.

All this brings me to my point of this post… Using the sun to your full advantage when shooting toys.

As I’ve mentioned in previous articles, without light, you have no photography period, and the greatest light source available to us is the sun. But for many people who aren’t professional photographers or who don’t understand lighting, they don’t know who to manipulate the sun to achieve really nice results. They just set up a shot and shoot, not taking into consideration what the sun is doing.

So what I’m wanting to show you is how to maximize the potential of light using everyday household things that you probably already have in your kitchen. A lot of you will probably already know the reflecting/bouncing technique and using a “shield” or a scrim to diffuse light but I want to put this into practice and show you the results that can be achieved…

So referring back to the above pix, you’ll notice that there is no harsh light or distracting shadows on the faces of the Teletubbies. Because the sun is shining from behind, the harsh direct light doesn't fall on the face giving an evenly lit appearance.

Now in some cases, the characters face will be in dark shadow (imagine the dark side of the moon). By using flat, reflective surface (preferably white as not to throw a color cast onto your subject) you can bounce sunlight back onto the subject to illuminate the darker side. The bigger the reflective surface, the more in-direct light will bounce back.

So for these examples, I will be using a plastic place mat, wax paper, and aluminum foil. 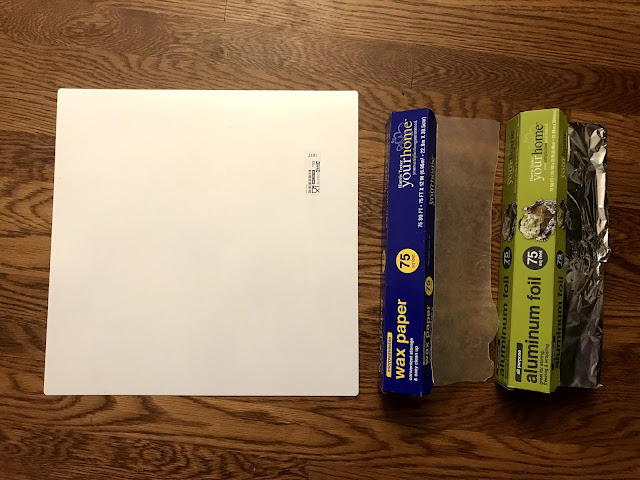 So in the first shot, I have placed He-Man (MATTELL) on a Star Wars dew back (HASBRO). The sun is falling from behind as you can see from the highlight on his head and shoulders. 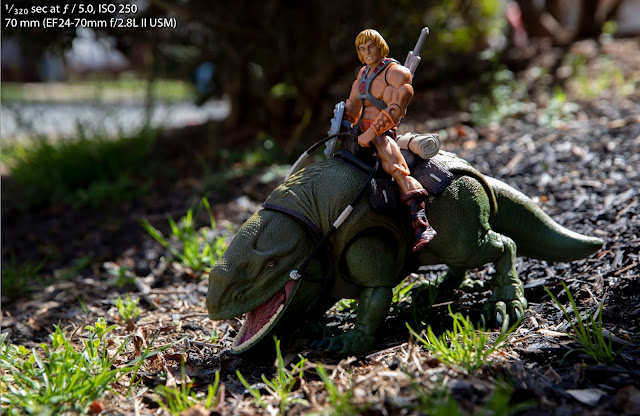 Now by using the placemat, I can bounce light back into the shot to get a much more pleasing look.
You can see that I haven’t changed any settings (top left) but there is more definition and form, especially on the dew backs head and legs. And because I used a large flat surface, it scatters the direct light from the sun and makes it softer, so the sunlight will usually be the brighter, harsher light which is always nice to have as a rim light. 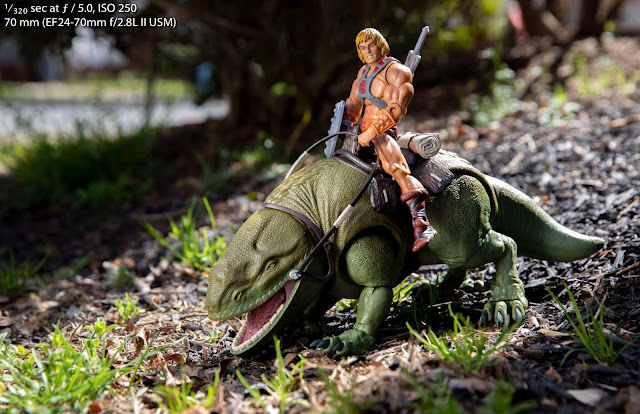 Now for the times that you need more reflective light, this is when the aluminum foil comes in handy. It’s super reflective and gives more direct light than a big white surface (paper, canvas, card etc). This is due to it’s highly reflective quality. 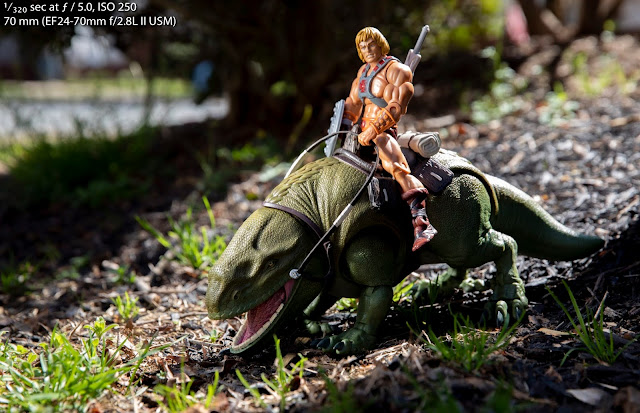 So the image above is shot with the same settings, but by covering the place mat with the foil gives a harsher brighter light. You can see there is more definite highlights on He-Man’s chest and face, as well as there not being as much soft light falling onto the dew backs legs and body and the light on his head is more directional.

Here’s another example of using the foil to bounce light back, I had to increase the shutter speed to compensate for the bright bounce light. 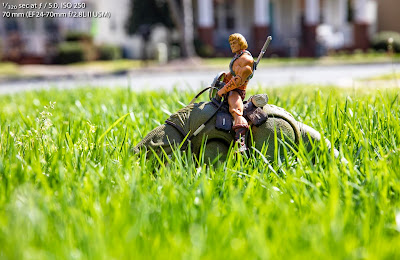 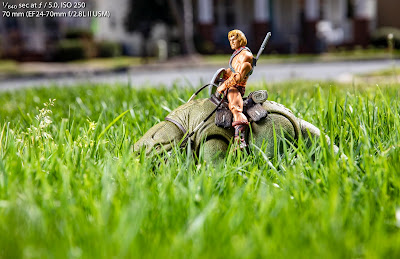 One bit of advise when bouncing light is don’t always bounce it directly back into the toys from the camera angle. This flattens the light falling onto the characters and makes it rather bland. Rather come from a slight angle or from above to get a more interesting, dynamic light.


The first image below shows the light falling from roughly the camera angle, making He-Man blend into the background. The second shot, the light is bouncing from camera right and gives more detail on the shadow side of He-Man. The third is also camera right, but is bouncing from above to give more shadows and mood from the above positioning. 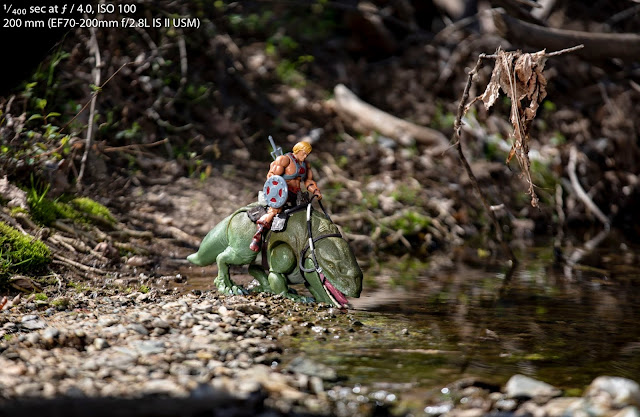 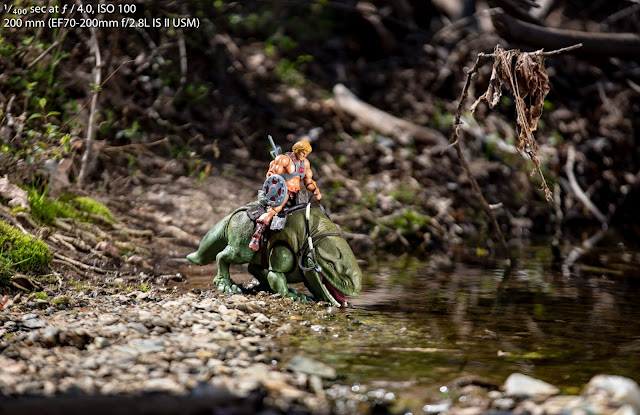 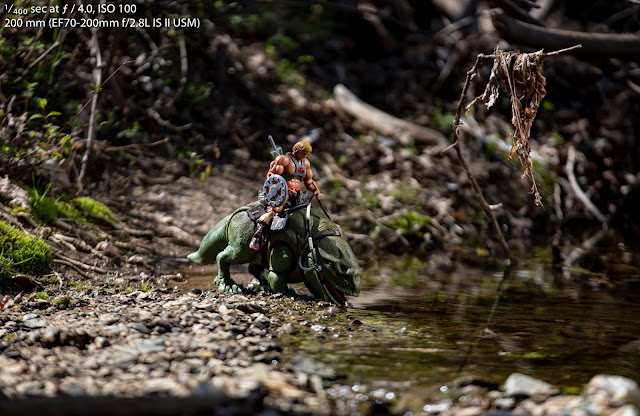 Now there are going to be times when you can’t back light your shot ie: the background doesn’t work, no space etc and you have to shoot in direct sun light. 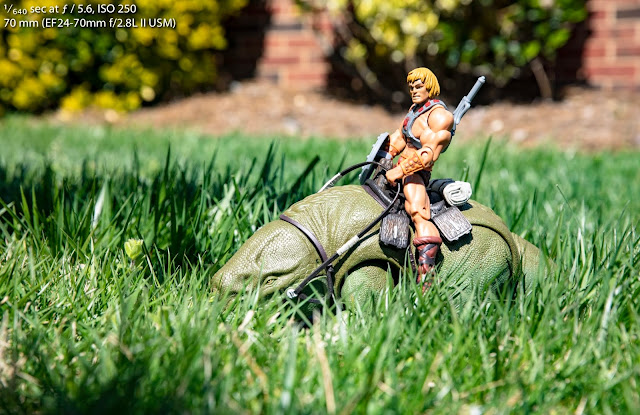 This is when you want to scrim or defuse the light. Wax paper is an excellent product to remove the harsh direct sunlight onto you setup. It basically scatters the hard rays and displaces them evenly to give a softer, even light. 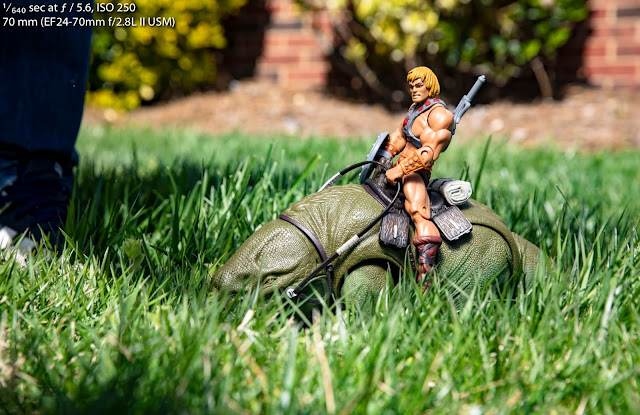 You can see in the second shot that the highlights are not as bright.

Hollywood uses this technique all the time. 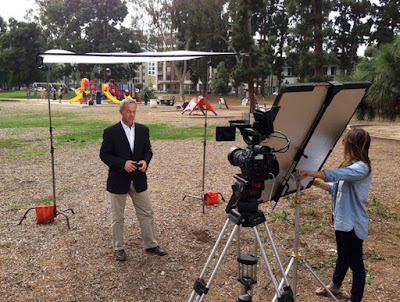 Here you can see a scrim and big reflective board being used in the same shot. Although there is no sun out, you can tell by the light on the girls shirt that it’s coming from behind the gentleman. 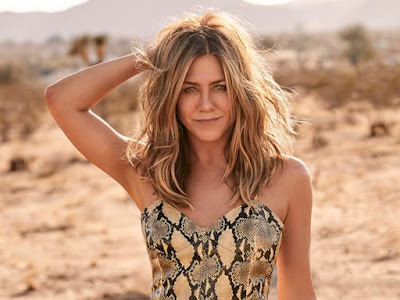 This shot of Jennifer Aniston, back lit… 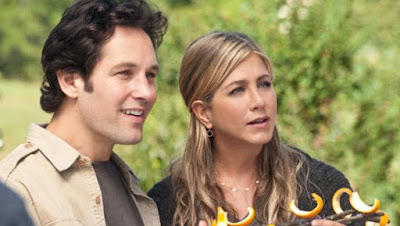 And this shot of Jennifer Aniston again, with Paul Rudd, shot with a scrim over the top. The reason I know this is because if you look at the background, there are some dark shadows in the bushes to the right of Jennifers face, telling me that they, the bushes are in direct light, and yet there are no harsh shadows or highlights on the actors faces.

Here is a video showing you the results… Enjoy…